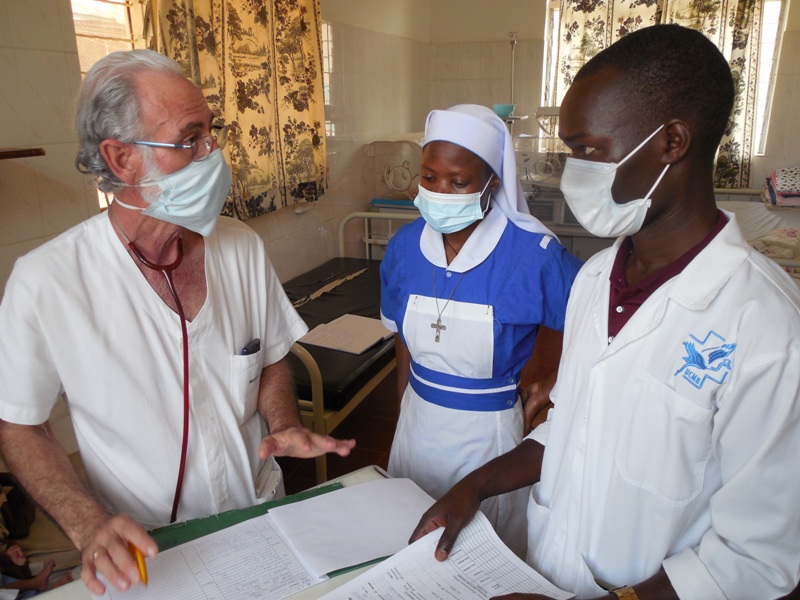 On Sunday the president of Uganda,Yoweri Museveni, re-imposed a strict lockdown including school closures and the suspension of travels between districts to help facing a wave of COVID-19 cases in the East African country. A new lockdown hits Uganda. A cold shower for all of us, in Kalongo as in Italy.

Last month infections began to rise, and new cases increased due to more aggressive variants such as English, Indian and South African, particularly among the younger ones, fueling fears that the country could slip into a new wave out of control. The announcement of transport blockade has caused a movement of students and workers who, eager to go home, have left from districts where the rate of infection is already very high, bringing the infection to their villages.

The virus started running suddenly and faster than before across the country: the positivity rate rose from 2% to 17%. There are 61,977 positive cases to date, but it is feared that the numbers are many more than those officially reported.

Dr. Carmen Orlotti, surgeon in Kalongo at Dr. Ambrosoli Memorial Hospital, updates us real time: “Even in Kalongo we started to register the first positives. We have reopened the center for the isolation and treatment of Covid cases. The first hospitalized patients show a typical picture of respiratory failure with dependence on oxygen. Oxygen that can be supplied only from oxygen concentrators. The ministerial protocol provides the transfer of all these patients to Gulu, the closest regional isolation center, but it is already overcrowded. Those will be difficult days to come. Facing an epidemic without having all the means to do it in the best way exposes staff, patients and their families to very high risks. We go on, a look up to ask once again that Fr. Ambrosoli looks after his hospital and all those who work there or seek help ”.

Fortunately Kalongo's staff have been vaccinated, but now we fear the spread of the virus among patients and families. The fear is that hospital beds will run out soon, without forgetting that there are only 218 places in ICU compared to 44 million inhabitants. Oxygen is scarce everywhere, the regional isolation centers are already at the limit of their reception capacity. The government has made numerous efforts to secure the country but what Uganda is really lacking are vaccines. Out of nearly 2 billion doses in the world, only 30 million doses (equal to 1%) arrived in Africa.

According to Matshidiso Moeti, WHO's regional director for Africa, the threat of a third wave is real and growing on the continent considering that the vaccination campaign is essentially at a standstill: the forecast made for months by scientists around the world, according to which the lack of vaccines in third world countries would have facilitated new waves of infections and the birth of new variants, is unfortunately coming true.

Let's not leave them alone! We are very worried but aware: we must help the hospital to face the new wave in the best possible way by continuing to take care of those most in need.