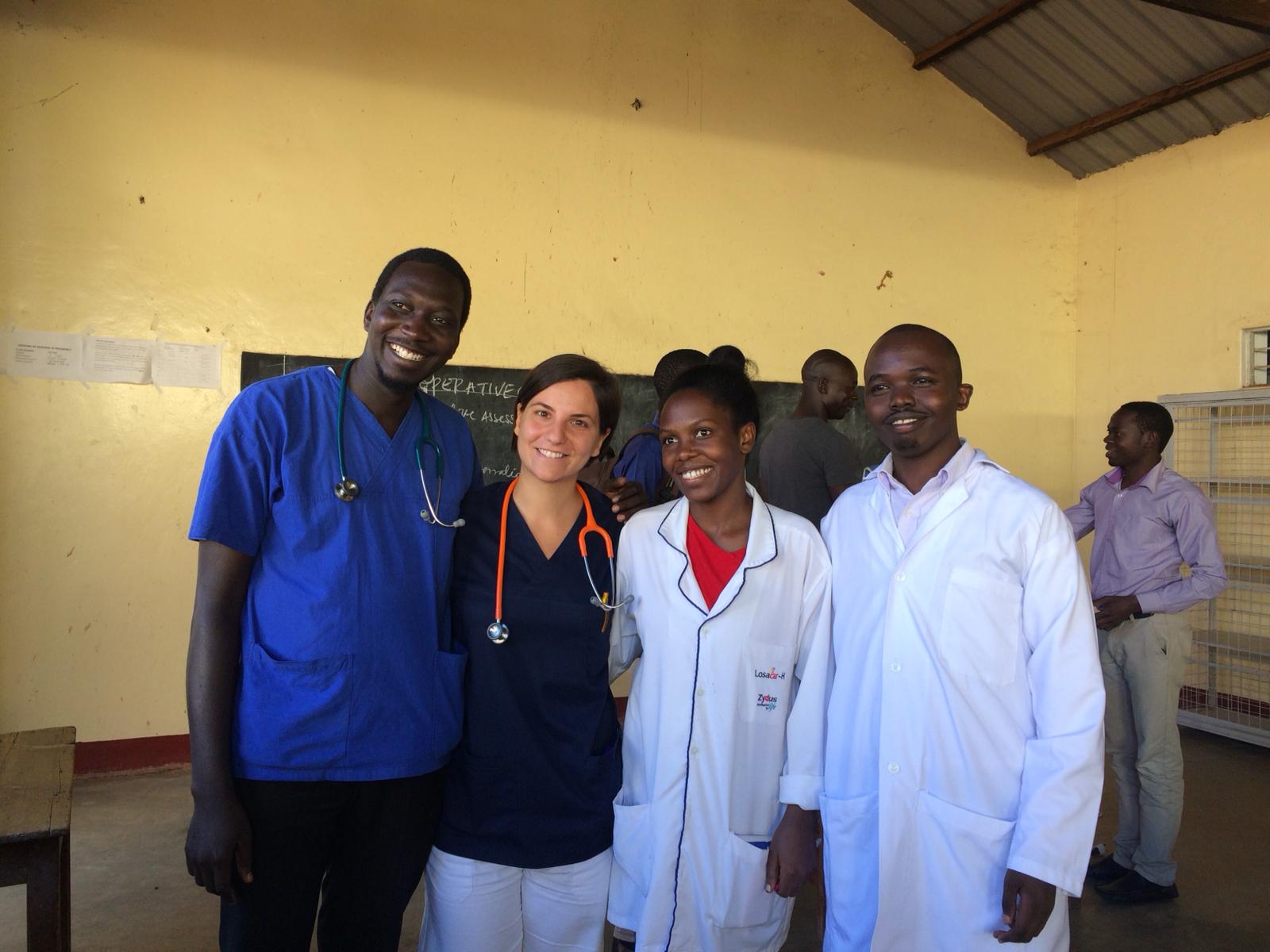 My first month in Africa, at Dr. Ambrosoli Memorial Hospital in Kalongo (Uganda), has already given me a wealth of teachings:

I learned that you have to be strong because Strength is the first medicine to survive in such a rural context.

I learned that the climate change has affected the equator as well: the rainy season that should have ended in October doesn’t seem to stop, in fact it is a source of criticality.
I learned that humidity and rains cool down our premature babies who do not store energy and struggle to grow. There are no incubators for everyone, but fortunately the contact with their mothers, through the kangaroo mother care, allows the babies to store heat.

I learned that the concept of "essential" is relative: it is essential to have access to basic medical treatments but it doesn’t mean that they are available in every corner of the Earth.

I learned that time can have different meanings: with "hour" you can refer to minutes, hours, but also days. When a child has too low hemoglobin levels, it would be necessary to do something immediately, like a blood transfusion, but unfortunately here "immediately" depends on the availability of people (the same person cannot donate blood several times in close times), on their arrival from villages that sometimes are so far away, on the group compatibility; so unfortunately sometimes you can't help but adapt your concept of time to theirs.

I learned that a child's heart can beat with a frequency higher than 240 beats per minute for anemia, dehydration or sepsis and by providing transfusions, liquids and antibiotics it slows down its galloping rhythm giving the child the opportunity to smile again.

I learned that you need to think not once but many times before requesting an examination because here, even the most banal one (for example, the estimate of the hemoglobin value), has a cost that not everyone can afford.

I learned that it is fundamental to base one's medical reasoning on the medical record, on the signs through which a pathology appears, which in the western world are almost always connected with laboratory and instrumental examinations, but here they are very few and sometimes go "out of stock "

I learned that perhaps it is not a mistake to dismiss a child earlier than necessary because the mother admits that, once finished the food supplies, she would not know how to feed him.

I learned that anger at the awareness that more could be done but that "more" has not yet arrived here (and who knows if and when it will arrive) is a source of distraction and waste of energy. On the other hand, it is important to stay focused and direct our efforts to the many children who are still hospitalized.

I learned that solidarity is a value that everyone shows here, even the most distressed people, because it is important to feel everyone at the same level. There is no fight, there is no arrogance, there is no pretension for one's own children, not even for the most critical ones, because it is known that neighbors’ help comes in any case.

I learned that the word I hear the most is "Thank you". "Thank you because you have chosen to work here, Doctor" - "Thank you for the good work done today, Doctor" (repeated every day) - "Thank you Doctor for wanting to share your teachings with us".

But no verbal language couldn’t hold a candle to an exchange of glances, an exchange of smiles: the smile, in the language of patients in Kalongo, means a request for help, it means hospitality, it means respect, it means trust but it also means Thank you . In Acholi language: "Apwoyo".